ENOUGH ALREADY, LET JANE AUSTEN BE JANE AUSTEN: A PLEA ON THE 200th ANNIVERSARY OF HER DEATH

Joan Baum is an extraordinary person who has led an extraordinary life. She sings in a chorus, has worked as a columnist, reporter, critic, and is a voracious reader. She lectures regularly, has a great sense of humor, and also lives in the village of East Hampton on Long Island’s South Shore. She is also a National Public Radio reviewer.

After meeting Joan many decades ago, we both realized that we attended The High School of Music and Art in Manhattan, in the early 50’s, as art majors. Though she was likely a freshman when I was a junior, we never met back then, but all these shared experiences added to the bonds that formed between us. Enough of an introduction, other than saying she is someone I greatly admire who I’m fortunate to have as a very good friend. Her blog, concerning Jane Austin, offers another display of her considerable erudition. 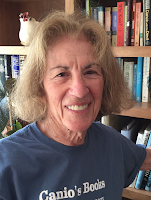 “A long time ago, in a galaxy far far away—Queens—I taught classes on the English Romantic poets, sneaking in a novelist and essayist and enjoying a relatively rare opportunity in an open admissions college to engage once again with the subjects of my doctoral dissertation and with the major events of an important historical period. That memorable time, full of revolution and cultural shifts, was said to begin with Wordsworth’s birth in 1770 and run to 1832, with the passage of the first Reform Act, when William IV was on the throne but which the Western world, pretty much jumping the gun by five years, began to refer to as the Victorian era. Although dominated by the big five—all men (Wordsworth, Coleridge, Byron, Shelley, Keats, with an occasional nod to Blake)—the English Romantic period did allow for the inclusion of Jane Austen on the syllabus, though she was not really considered part of The Canon, until she was. But recognition came late and owed much to cultural critics like Lionel Trilling who, as he did with Robert Frost, called attention to dark themes and biting ironies. But the times, they were a ‘changin’.

“The 60s, which took off in the 70s, helped awaken a renewed awareness of Austen in the academic world where she was inevitably hailed as an avatar of feminism in Regency England and a proto-Marxist in acknowledging class conflict and socioeconomic pressures on women in the late 18th – early 19th century. She was also, thank goodness, celebrated as a stylist of wit and irony,  furnishing the world with what has become one of English literature’s most famous opening lines (from Pride and Prejudice):

“It is a truth universally acknowledged, that a single man in possession of a good fortune must be in want of a wife.”  From there, it was on to reevaluations of her work in the scholarly journals (five more novels, plus a fragment ).  But who would have guessed, even back in the late 19th century days when 'Janeitism' made its idolatrous, cult-like appearance among admirers,  that Austen would  spawn  a fan base and entertainment industry that includes a Jane Austen Society of North America, blogs, costume conferences, pilgrimages to Steventon and Bath, and a still continuing plethora of movies and made for TV series, chick-lit adaptations,  prequels, sequels, parodies,  updates, camp and serious—not to mention biographies straining still to discover undisclosed facts and re-argue relationships.

“Is it that, at a time when memoirs and murder mysteries, often with harsh, nasty content and convoluted plots or self-consciously styled streams of consciousness, readers cherished what is a salient feature of fine fiction:  a good plot?  Is it that in an age that has vulgarized sex or made it boring by way of over-exposure, an intelligent romance that ends well engages because it says more about affairs of the heart by saying less about zones of pornography? Is it that Jane Austen’s novels present admirable heroines who are not necessarily the most beautiful and certainly not well-off, but who educate themselves by eventually acknowledging their own flaws and seeing faults in others (characters who would confess or tell all should be suspect)? Is it that her protagonists appreciate complexities in a world they cannot affect (including in Mansfield Park awareness of the evils of slavery), but not yield to cynicism or despair, or that they identify and exemplify qualities that inform ethical and moral character, regardless of gender or class?

“Whatever the reasons for Austen mania—and please offer your own reasons and remedies—the downside is that unless the fun and games result in turning or returning to the novels themselves,  injury is done to this remarkable artist whose sharp eye and ear reflect her time while achieving a universality that makes her observations timeless."

FEEL FREE to add your comments in regard to Joan’s blog, or contact her directly at joanbaum29@gmail.com.

Also, if any readers of this blog wish to submit one to me, you can do that by contacting me at shepard@thepermanentpress.com