HOW MOLDY PAPERBACKS DEFINED MY MIND by Chris Knopf

My reading habit was mostly self-inflicted, though heavily influenced by my father's collection of boyhood books, notably the works of Edgar Rice Burroughs, Zane Grey, Tom Swift and lots of other popular action writers of the early 20th century now lost in obscurity. 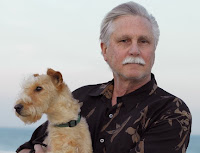 But the mystery addiction is all my mother's fault. She didn't know the term, but she was an avid Cozy freak, in love with Agatha Christie, Dorothy Sayers, P.D. James, Martha Grimes (not technically a Brit) and any other female British writer she could find in the local library. And male, for that matter, especially John Creasy. While stretching the definition, she also dug Eric Ambler, Graham Greene and Ian Fleming. And she had a serious thing for Earl Stanley Gardner, creator of the Perry Mason series, who's all but forgotten these days, even though he was one of the most successful (and prolific) crime writers of all time. I think a mild crush on Raymond Burr (not knowing and likely not caring that he was gay) helped that along.

Hundreds of these books flowed through my house when I was growing up, usually tattered mass paperbacks that got passed around my extended family of mystery-loving grandmothers, aunts and great uncles. The production quality of those books was minimal, as they were considered essentially pulp trash, so to this day I tend to associate the smell of moldy paper with action and suspense.

I was allowed to read anyone but Mickey Spillane, who my mother rightly determined was gratuitously violent. I thought it was also too much sex, suggested by the cover art, which I was disappointed to learn to be a flagrant bait and switch when finally getting my hands on a copy of I, The Jury.

When I was getting my masters in creative writing at Antioch in London, we had an exhausting reading list of  20th century literary heroes, which I loved, though it got a bit weighty. So I took The Maltese Falcon out of the local library, hoping for some light reading. Instead, I realized I’d just read one of the greatest heroes of Western literature. Scheme foiled, life-long addiction to mysteries entrenched.

We know that Hammett read Hemingway, since every one did at the time, and you can see plenty of Hemingway’s muscular minimalism in Hammett’s prose. I suspect, however, that Hemingway also read Hammett. Maybe someone out there knows for certain, but the great early 20th century American anti-hero, the tough, cynical, but ultimately moral, even idealistic, Sam Spade bears more than a faint resemblance to Hemingway’s protagonists, more so as the author matured.

Humphrey Bogart bridges it all. His Harry Morgan in To Have and Have Not was an easy transition from his Sam Spade and Philip Marlowe roles. The debate over what constitutes literature and genre fiction rages on, but to me, at the very top of the work, it’s all of a piece.

This is the latest blog from Chris discussing the literary world, be it reading, writing, or publishing. He’s had a successful career as a wordsmith, starting with a career in advertising and moving on to write a string of highly successful mysteries. His most recent Sam Acquillo mystery Tango Down is available on Amazon. Chris has won innumerable awards and has had dozens of rights sales around the world, including audio sales to Blackstone Audiobooks. Do pass this on to others you know, post comments on the Cockeyed Pessimist website, and feel free to share your thoughts with Chris via View my Blog The Cockeyed Pessimist, or email Chris directly cknopf@thepermanentpress.com or Martin Shepard at shepard@thepermanentpress.com.