I’d already spent about thirty years in ad agencies writing copy before my first novel was published. I’m often asked if copywriting benefited my fiction, and I always say yes, in every way possible. This is particularly true as it relates to dialogue.

And even more true for writing mysteries and thrillers, inhabited as they usually are by tough guys, crack pots and regular joes. It’s hard to convince your reader of gritty realism when your characters talk like 19th century elocutionists. 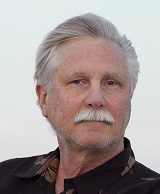 Writing to a fixed increment of time is another important discipline copywriters have to master. A TV commercial (we call them spots) is usually thirty seconds. Radio usually sixty. Of the two forms, I think radio is the best exercise for fiction writers. TV spots are little movies, fictions for sure, but as in the big movie business, the visual elements often dominate. In radio, words matter, and like a book, there’re usually no visual aids. Radio, like fiction, relies on manipulating the theatre of the mind, using language to engage and seduce the audience into buying an artificial reality. Unlike fiction, however, you need to tell your whole message in sixty seconds, or less. This teaches you how to prune, condense and telegraph your story, which almost always makes for a more energetic mystery or thriller.

We’re taught in advertising to keep our copy conversational, to write the way people speak. Which is usually in sentence fragments. Sometimes only one word. Honestly.

Speech is far more economical than written exposition. Even the most voluble blowhard will tend to drop unnecessary verbiage, frequently skipping things like pronouns to get right to the action verbs.

This example also points to another reality of spoken English. We often drop the ‘g’s’ off gerunds and other ‘ing’ words. Even the well-educated and erudite will do this, only more sparingly (e.g. Barack Obama). Also, we nearly always use contractions whenever available. Few things will mess up conversational speech more than using “do not” or “cannot” when “don’t” or “can’t” will do.

There’s a place for monologue in advertising and fiction, but when two or more people are speaking, there’s little in the way of long dissertation. Rather, they tend to pass phrases back and forth like a pair of tennis players. Especially in great crime fiction (e.g. Elmore Leonard).

When writing radio and TV commercials, you’re not only drafting copy, you’re casting potential talent, framing out the type of people you’ll need to fulfill the spot’s objectives. So you need to literally hear your characters’ voices in your head. Which leads to seeing them in your mind’s eye. And placing them in a context – eating breakfast, driving a car, leaping off a cliff into a pool of water.

And before you know it, you have a novel on your hands.

Chris Knopf’s 14th thriller, Back Lash, came out last year, and his 15th , Tango Down will be published in November. This is the second in a series of bi-weekly posts concerning the art of writing that should appeal to both published and unpublished writers alike. We welcome your comments on this site, and we hope you share this post everywhere and with everyone you can. You can also reach us by email at shepard@thepermanentpress.com or at ChrisK@mintz-hoke.com.

Somebody once said — I used to think it was Ernest Hemingway, but now I'm not sure — "Writers are people who write."

This was the sort of seemingly moronic minimalism that got the big guy in a lot of trouble. The political climate within the arts and academia in recent decades has been hostile to Hemingway's legacy, especially since he's rightly perceived to be a tad misogynistic. 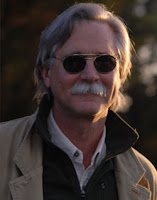 That Ezra Pound was an out-and-out Nazi sympathizer —  as were Charles Lindberg and Joseph Kennedy, father of Jack — and F. Scott Fitzgerald, T.S. Eliot and James Joyce all had wives who were actually committed to mental hospitals, with barely a whiff of censure, I guess is beside the point.  Though it does raise questions of intellectual honesty.  But I think no writer of the modern period was more able to summarize gigantic truths, especially when writing or talking about the writer's life.

Part of the problem with the quote above is it usually leaves out the next sentence, which was, paraphrased, "People who aren't writers are those who only talk about writing." This gets at the main reason why most people who have both the talent and aspiration to write betray their potential. They don't write enough.

There are a few reasons why they don't write enough, though the most common is fear that what they write won't be any good. Worse, it will incite derision, ridicule or disinterest. So, they are inhibited from starting the actual act of composing thoughts on paper (these days, monitors.) They console themselves by spending a lot of time and energy thinking about writing, under the rationale that they are simply formulating the big ideas in their heads, which will, once properly constructed, fall effortlessly through their fingers and onto the page. This is a fallacy, of course. For a couple reasons.

Writing is, in great part, a type of thinking. It takes inchoate feelings and inarticulate thoughts and expresses them in a transferable form. Words make thoughts and feelings concrete, but also, the very act of forming structure inspires thought. Sometimes, there really is no idea until the words start to form.

Ergo, the only way to know if you really have a thought worth communicating is to put it into words. You have to actually write it down.

The other reason is more practical. You have to practice the trade. You can no more become a good writer by thinking about writing than you can become John Coltrane by imagining yourself playing the sax. Professional writers are obsessed by things like sentence structure, word count, punctuation, literary voice, style consistency and concentration. Just like world famous woodworkers are obsessed with things like router bits, bench dogs, chip out and finishing oils. You can't write a book or make a Chippendale highboy thinking only about the grand vision. They're both products of millions of little visions manifest in little acts of craft.

And it really doesn't matter what form you're writing in. Your heart may be committed to poetry, but your brain gets almost the same benefit from writing billboards. To extend the music analogy, a familiarity with Bach gives a jazz musician a killer advantage. It's the practice that counts, and the knowledge and experience that comes from practicing within a variety of formats and protocols.

Hemingway also said that "Writing is rewriting." This is also a simple statement pregnant with complex meaning. Many failed writers who write too little do so because they think they're supposed to hone and perfectly render every little piece of description or exposition as it's written. Very bad approach. Much better to disgorge everything you can onto the page, to get yourself into a chatty monologue with your presumed reader, and just let it go wherever it's going to go.

The next day, it might be all for naught. The work might be unsalvageable. But probably, there is something there. Now, with an objectivity developed over time, you start to rewrite. You lop off big chunks of unworkable babble — often the first things you wrote down — and start to shape the words into something more elegantly and originally expressed — or, just as important — something persuasively, clearly expressed.

None of this is possible if you aren't writing. You've got to pile up your own mother lode in order to refine the gems.

Hemingway, that wordy guy, also said that he strove to write something that "was true."

True, in the sense that it was as close to real as humanly possible. Honest to his mind, and not contrived. But also true in the sense of a picture hanging true on the wall. In the sense of your aim being true. Even, balanced, harmonious, artfully composed. He believed that both definitions of the word true were mutually generative. Honesty encourages symmetry and vice versa.

To quote the last line in The Sun Also Rises, "isn't it pretty to think so."

Originally from How I Got Published: Famous Authors Tell You In Their Own Words

Chris Knopf’s 14th thriller, Back Lash, came out last year, and his 15th, Tango Down will be published in November. He’s had multiple sub-rights sales for all of his titles, has won several awards (including the Nero Award) and is also co-publisher at The Permanent Press.
This is the first of two postings he has addressed to writers that should sharpen the skills of many who would like to be published and already published writers interested in polishing their craft. We urge all of you to send this blog to everyone you know, and we welcome your comments. You can also reach us by email at shepard@thepermanentpress.com or at ChrisK@mintz-hoke.com. Happy writing!