John Valeri is a book reviewer who writes for the Hartford Books Examiner on Examiner.com. Given the wider distribution it receives, his column consistently ranks in the top ten percent of Hartford Examiners, National Books Examiners, and National Arts & Entertainment Examiners. His reviews have been excerpted and printed on more than forty titles written by popular authors, ranging from Wally Lamb to James Patterson. John regularly moderates author discussions at bookstores and conferences throughout the state and is a proud member of the Em-Dashes writers group.

He’s been carrying on a lifelong love affair with books since discovering the many charms of Nancy Drew as a child. “In Middle School, I graduated to the more adult stylings of Mary Higgins Clark—and I continue to have an affinity for murder & mayhem of all sorts (fictitious, of course).” This ardent bibliophilia led him to apply to Examiner.com in 2009, and he’s been writing about books ever since. “What better way to indulge my habit? I dabble in composing fiction, as well, though I can’t seem to find the discipline to complete the great American novel. Or even a decent one. This is probably due to the fact that I spend most of my free time immersed in that which has been written by others.” Consequently, he can attest to what Gloria Estefan once sang: the words get in the way.

What follows is his story. 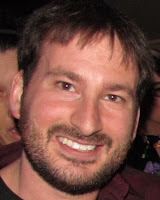 "Five years ago, Patricia Cornwell embarked on her first book tour in a decade. While the limited itinerary found her visiting big box retailers such as Barnes & Noble, Books-A-Million, Costco, Sam’s Club and the now defunct Borders, there were also a precious few stops at independent bookstores—one of which, though out of state, was within driving distance of my Connecticut home. Given my longtime affinity for the (then) reclusive Cornwell and my ardent support of indies—even when it means expending more money and more gas—I decided to hit the road, fully expecting a memorable experience.

“Upon arrival at the venue, I deposited a bag of newly purchased toiletries in the collection box—Cornwell was soliciting donations in support of the “America for Vets” campaign—and proceeded into the store. The owner, noting that I was carrying a bag of books under my arm, immediately accosted me. First, he insinuated that it was due to non-buying readers like myself that independently owned bookstores couldn’t compete with the Amazons of the world. Then, he chastised me for intending to cause an inconvenience to other attendees by having more than one book to be signed.

“Apparently he’d forgotten that old adage about what happens when you make assumptions.

“First, I had every intention of patronizing his business—and had driven two hours, and 120 miles, to do so. (Ironic, then, that he patronized me.)

“Second, it was he who was ignorant of the knowledge that Cornwell and her publisher had prominently stated that the she would be more than happy to accommodate those of us who wished to have older titles signed, provided they waited until the end of the event.

“Though my initial instinct was to walk out, I decided to stay—and spent more than $100 in his store, however begrudgingly. (Hey, where else was I going to get a signed copy of Food to Die For: Secrets from Kay Scarpetta’s Kitchen?) I will freely admit, then, that I felt the ultimate redemption when Ms. Cornwell and her impressive entourage recognized my name as I passed through the signing line, resulting in warm handshakes, a photo op, and even a rare personalized inscription—all while the store owner watched on in stunned silence.

“Had he taken a moment to engage me in conversation rather than making assumptions, he might have realized my noble intentions and saved us both the embarrassment of an unnecessary and unpleasant encounter. (He might also have discerned that I was the press.) I’ve not publicly divulged this story before, but I do believe that there’s a lesson to be learned here.

“Independent bookstores are an endangered species. And while we have the responsibility of helping to protect them by shopping for a cause rather than shopping out of convenience, they have the responsibility of earning that privilege. The great majority of establishments exceed this expectation time and again. Sadly, it’s the few that don’t that we often remember best.”

I hope you will post your responses to John’s blog. If you want to reach him directly you can email him at oyejohn52@aol.com. NEXT WEEK I will be at the Frankfurt Book Fair, and will likely take a week's break before continuing our Wednesday postings on October 28.
Posted by Marty Shepard at 1:37 PM