On October 12, Publishers Weekly gave me the opportunity to respond to comments made by the Authors Guild recently. It appeared as a full page—the final page—a generous “Soapbox,’’ with a headline: Commenting on Mary Rasenberger’s Comments, and a subtitle “An independent publisher takes on the Authors Guild’s director.”

Some of you may have read this article, but most will not have. Over and above challenging the Authors Guild claims, it also presents a point of view about the state of publishing today which I think you might find interesting. What follows is the text. 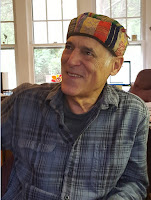 After polling 1,674 Guild members, Mary Rasenberger, executive director of the Authors Guild, created a splash several weeks ago by claiming that most of their members’ earnings were less than $11,670 annually, which is the federal poverty level. She spread the blame around: bookstores shutting down, the rise of Amazon, publisher consolidations, and the low royalties authors receive from publishers. But do these alarm bells ring true?

It became clear that Rasenberger was talking about the five publishing conglomerates, while ignoring the more than 2,000 independent publishers listed in Literary Market Place. When she says that “authors need to be cut in more equitably on the profits their publishers see,” this is another assumption that all publishers are profitable—as opposed to the reality, in which some are going broke, others are losing money, and some are just breaking even.

Last year at the Frankfurt Book Fair, I was talking to Robert Rosenfeld of the Poisoned Pen Press, which has been publishing high-quality mysteries for the past 17 years. We at The Permanent Press started publishing in 1978. I put a question to Robert that I’d been thinking about: “Do you ever get the feeling that you’re standing in the ocean when the tide starts coming in, but you can’t move your feet? Soon the water level comes up to just below your nose, and you wonder whether you’ll survive or not. Then, at the last moment, the waters recede and the crisis is over.” Rosenfeld, with a devilish smile, said, “Yes. But publishing is the least expensive hobby a man can have.” I’ve cherished that sentence ever since.

Despite Rasenberger’s claim that Amazon has hurt author earnings, in our experience, Amazon has never been a detriment to either author earnings or publishers’ earnings. When Amazon orders printed books, they rarely return anything, while wholesalers and bookstores typically return a high percentage. As for electronic sales (such as with Kindle), we split them 50/50 with our authors, as we do with all subsidiary rights—another good deal for writers, despite the Authors Guild’s warnings.

Rasenberger claimed that “unless writers share more equitably the profits their publishers see, we’ll stop seeing the quality of work the industry was built on.” What quality is she talking about?  My impression is that the quality of writing has gone down and down and down over the decades.

As the co-publisher of a small press interested in publishing literary fiction, I applaud this development. Why? Because the only reason we’ve been able to find, introduce, and publish so many award-winning novelists is because the conglomerate publishers increasingly reject them. Dumbing down artistic merit in favor of wider sales works if the goal is making money. But if one’s passion is to find and introduce artful writers, this strategy doesn’t work. Amy Schumer is not Mark Twain, though both are humorists, and James Patterson is not Elmore Leonard. I fault neither Patterson nor Schumer for their financial success any more than I would fault the winner of a million-dollar lottery. Patterson’s name on a book guarantees high sales, even if his “coauthors” do all the work, and some people find Schumer irresistible.

Which brings up a bigger question: what compels someone to enter the arts and keep at it, despite the fact that most put hours into their work that puts them below the federal poverty level? Living and working here in the Hamptons for most of my life, I’ve known many artists, from writers to painters, sculptors, musicians, actors, playwrights, and poets. All of them work because that’s what dedicated creative people do. After decades, some have achieved worldwide renown, such as Hans Van de Bovenkamp, whose stainless steel sculptures are installed in parks, museums, and collections throughout the world. But he never went into it for the pursuit of money. Another friend, Ruby Jackson, known by many for her assemblages, ceramics, paintings, and gallery exhibits says, with a laugh, “I am the best collector of my own work.” Jackson’s income is poverty level, but she shares with Van de Bovenkamp that same enthusiasm to create art.

“Authors are not getting the financial rewards they are due,” Rasenberger concludes. This is an argument used by workers everywhere. But what is due to anyone?
And don’t authors have the right to sign or refuse any contract offered by a publisher, large or small?

I rest my case.

I welcome your comments.
I can also be reached by email: shepard@thepermanentpress.com.

NEXT WEEK expect another blog posting.

Marty
Posted by Marty Shepard at 10:54 AM