AN ANTIDOTE FOR DESPAIR 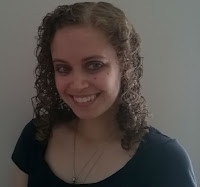 “In times of political turmoil, books can become more relevant than they ever have. Frederic Hunter’s new novel, Love in the Time of Apartheid, paints a grim picture of what racism and dictatorships can do on a personal level. Hunter’s discussion of the sixties in South Africa seems closer than ever when put into perspective with our own tumultuous climate. To see two individuals kept apart because society dictates that they are from two very different worlds is devastating but very much a reality for Petra and Gat, Hunter’s main characters. Today in the aftermath of our political campaigns, we have seen opposing viewpoints break apart families, tear apart relationships, and irrevocably damage the personal lives of others. It is no different for Petra and Gat. They go so far as to try to out-run the oppression and the violence that surrounds them, only to be stopped by the overreaching hand of Petra’s father, who heads the Bureau of State Security. It is their love for each other and their personal moral compasses that rescue them. We can only hope that in the wake of our political uproar that something as good as the love Petra and Gat share comes out of it.”   —Emily Montaglione, Managing Editor

“I share Emily’s concerns but have less faith that things will work out given our recent elections where two very unpopular candidates faced one another. In the end, like the actor Viggo Mortensen and many others, I decided to avoid voting for Trump or Hillary, refusing to choose between two flawed major candidates, instead, writing in Judy Shepard’s name on the New York ballot. Nor do I see any relief in sight.

But I do cast a similar vote for the reading of books for there is artfulness out there in the literary world. While a strong majority of politicians are bought and sold by lobbyists, no one has yet been able to stop us from reading quality fiction or non-fiction, which removes us from the bickering and heat that runs rife in our political system. A good book can take us into a ‘better world’ without leaving us enraged by things we clearly haven’t the ability to fix right  now.

Politically I would say America got what it deserved this time around. Now is surely the time to say ‘God Save America,’’ for Americans and their candidates do not seem capable of bringing back wisdom. But a good book can surely bring back a sense if comity and convey a different perspective when it comes to seeing how different our lives might be.  —Martin Shepard
co-publisher

WHICH BRINGS US TO Love in the Time of Apartheid which was widely praised in the following Kirkus Review that appeared on September 15 and will be published at the end of November.

“A quasi-political thriller and love story set in 1960's Africa. Gat, aka Adriaan Gautier, has been given instructions by his Belgian superiors in the Congo: "disappear." With $2,000 American and a forged passport, he flees to South Africa to reinvent himself and shrug off the demons that haunt him from his soldiering in Prime Minster Patrice Lumumba's new Congo. The lonely Gat eyes an 18-year-old beauty from an Afrikaner and English family, and he begins a promising courtship. But Petra is the daughter of a racist Cape Town police colonel, and Gat abhors apartheid. Gat, who is guilt-ridden and fighting nightmares of murder, helps Pet see beyond her family's prejudices. When a black woman is struck by a car, however, Pet's rushed conversion to fervent good Samaritan-ism may be a bit too convenient. The lovers skip town and marry, but Pet's enraged father won't let them go easily. This novel's hodgepodge of subplots—hiding spies, thwarted romance, systemic racism—ultimately coalesces. Hunter (The Girl Ran Away, 2014, etc.), a former Africa Correspondent of the Christian Science Monitor, ably captures South Africa. Plain prose and dialogue keep the pace motoring, and the simply told espionage storyline may appeal to Ian Fleming fans. There is daring, intrigue, and an ugly current of racism, but make no mistake, this is a love story at its core. Austere and well-told; an unlikely mix of espionage, apartheid, and love on the run.”

Or this blurb from Joan Baum, NPR reviewer, who will likely expand her review after publication.

“With a nod to Gabriel Garcia Marquez's Love in the Time of Cholera, Frederic Hunter beautifully explores the subtle and sensual power of love as a counter force to the diseases of racism and war. Though set in South Africa, with nightmare flashbacks to the Congo when Lumumba was assassinated, the suspenseful narrative resonates with deeply moving timeliness.”

Posted by Marty Shepard at 9:16 AM